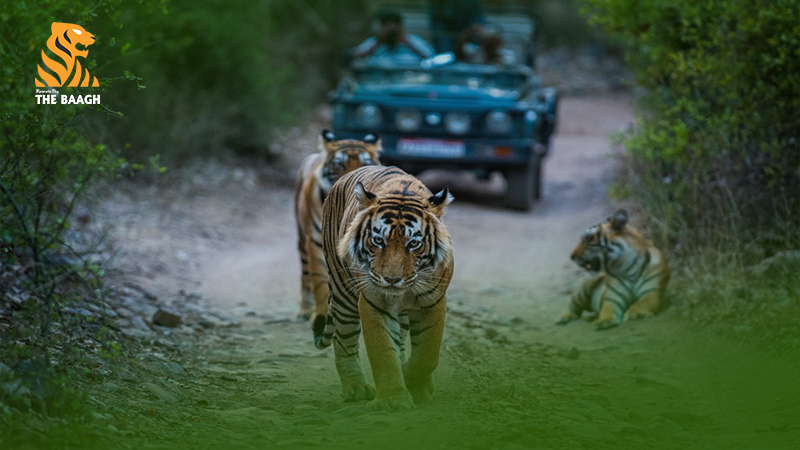 Jim Corbett, a primordial and famous national park, tucked away amidst the breathtaking Kumaon range, is a nature’s retreat. The dense woodlands of Uttarakhand are home to a rich variety of flora and wildlife, attracting thousands of tourists from all across the world. From wildlife lovers to those looking for solace in the lap of nature, a holiday in the scenic wilds of Jim Corbett is undeniably an experience of a lifetime. Tap into the wilderness and discover an exquisite diversity of nature. Tick off an enthralling adventure from your bucket list and enjoy the splendors of the popular Jim Corbett safari.

Are you excited to catch a glimpse of the fierce and mammoth Royal Bengal tigers? Of course, a safari in the dense wilds of Jim Corbett is your best bet. Little did you know that the national park is sprawled across 512 square kilometers. To ensure optimum management of the deep and dense forest, the park is divided into several safari zones. Travelers looking forward to an extensive nature safari or a thrilling tiger trail can avail the perks of a jeep safari. Besides, there are canter safaris too, to traverse the jungles and experience the pleasures of rare wildlife spotting.

Jim Corbett safari is categorised into distinct zones, based on the geography of the forest. Each safari zone has an exclusive entry and exit gate. The process truly streamlines tourist activities in the region. Are you curious to know about the major sari zones? Well, there are primarily seven safari zones in the expansive national park. These zones are:

Adventure buffs seeking to make the most of Jim Corbett safari rides are often driven by the idea of tiger sightings. Do you have a similar interest and are curious to know about the zone that is best known for the maximum number of tiger spottings? Unfortunately, the big cat is not quite familiar with boundaries. Hence, catching a glimpse of tigers is only a matter of chance.

The Dhikala gateway is located right on the edge of the Patli Dun valley. It is one of the most spanned-out safari zones in the Jim Corbett National Park. Did you know that bookings in Dhikala sell out like hot cakes? It is the most prominent and viewed zone in the region. The chances of sighting a tiger are high in the Dhikala zone. However, the area attracts tourists, not just for the rich wildlife thriving in the region but for the mesmerising landscapes too. Little did you know that Dhikala includes grasslands, rivers, deciduous forests, the green ridges, and more. The tiger safari zone is home to several wildlife species like elephants, chital, jungle cats or leopards, jungle fowls, crocodiles, reptiles, and an exotic diversity of grassland birds.

The popular tourist zone is also the only area to facilitate fun canter safaris. Unlike the Gypsy, the most common form of safari in the wilderness of Corbett, the canter accommodates as many as 16 tourists at once. In addition to an enthralling safari experience, Dhikala is known for its incredible night stays and natural life touring. There are a handful of excellent forest lodges in the area. Some of the popular ones include:

Is the Bijrani zone just as good?

The Bijrani zone falls second in the list of the most-preferred Jim Corbett safari zones. The biodiversity of this zone is no less than that of Dhikala. Only a couple of kilometres from Ramnagar, the Amdanadda gate is the primary entry to the forestlands of the Bijrani zone. Experience the thrills of driving through rows of deciduous trees, massive grasslands, and magnetising hills. Tiger sightings are quite promising in the region too. After all, the Bijrani zone boasts of housing the maximum number of big cats. Only Jeep safaris are permissible in the zone.

Are the Jhirna and Dhela zones often visited?

Jim Corbett safari zones like Jhirna and Dhela witness larger counts of footfall at present. Frequent tiger sightings and the abundance of wildlife in the area lure in tourists, especially wildlife lovers. You can watch the tuskers cross, or spot the very rare barking deer, wild boars, and more. Although the Dhela zone can be toured all year round, lodging options are not available in the area. Enjoy cruising through the dense jungles of Sal, Rohini, Haldu, and Kusum; the beautiful grasslands; and the deep water bodies.

Where can you find the most comfortable and luxurious accommodations in the Corbett National Park?

Safari and hour-long treks are often tiring for the body. Do you wish to enjoy the pleasures of both worlds - a tedious but thrilling safari and a luxurious getaway? Unfortunately, not all Jim Corbett resorts in jungle offer fancy and elaborate stays. The ones around the Sitabani buffer zones offer pleasant stays like Resorts By The Baagh.

Resorts By The Baagh is one of the 5 star resorts by the baagh, nestled in the awe-inspiring and scenic forests at the foothills of the beautiful Himalayas. Spotted with dense sal forests, the jungle is home to a rich variety of wildlife like spotted deer, leopards, elephants, sambhar, wild boar, etc. Wondering if you can spot a tiger in the buffer zone? Surprisingly, yes!

Have you heard of the Garjiya safari zone? The zone has been made accessible very recently. Besides, if experiencing rare and exotic migratory birds draws you more, do take a tour around the Durga Devi zone.

Experience the thrills, adventures, and the best of biodiversity in Jim Corbett safari. 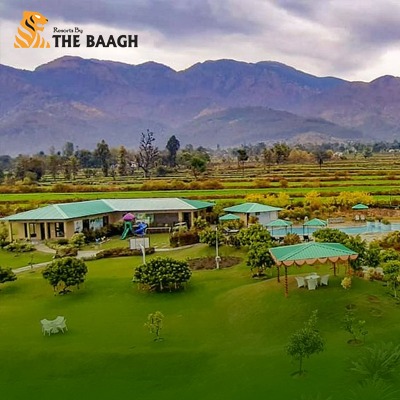 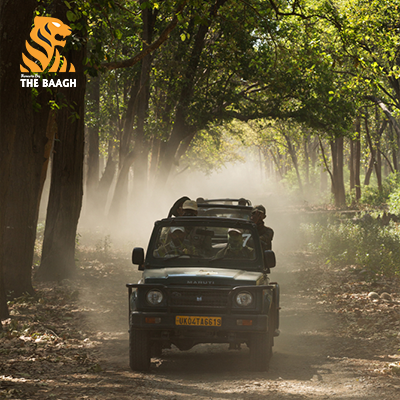 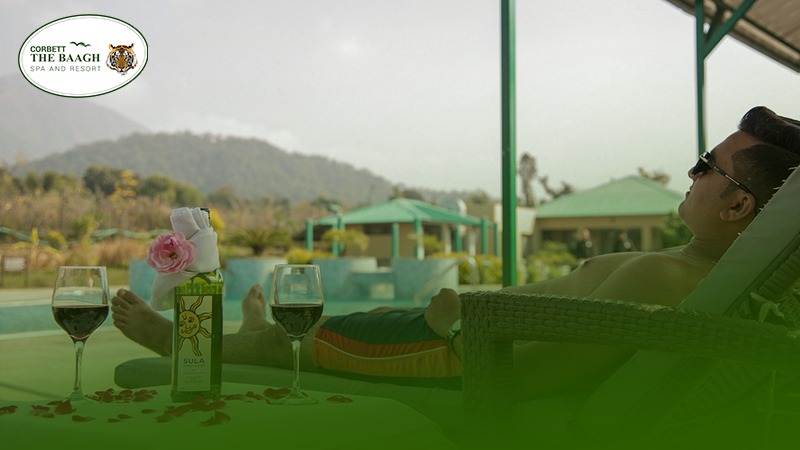 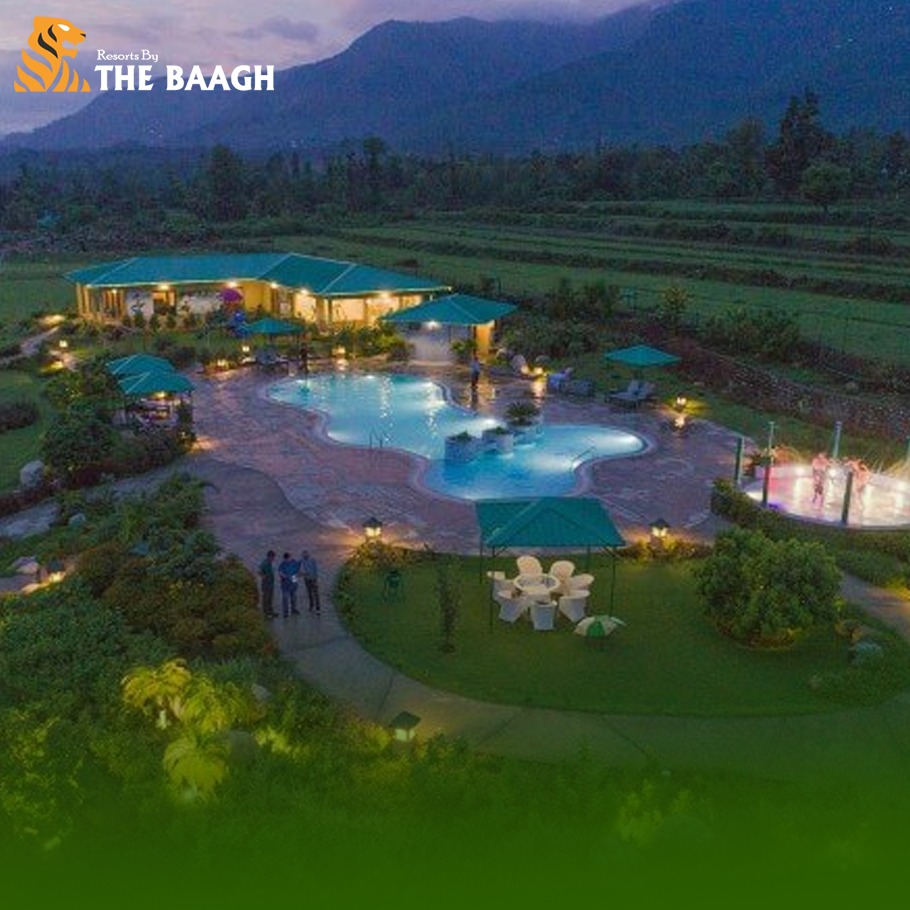